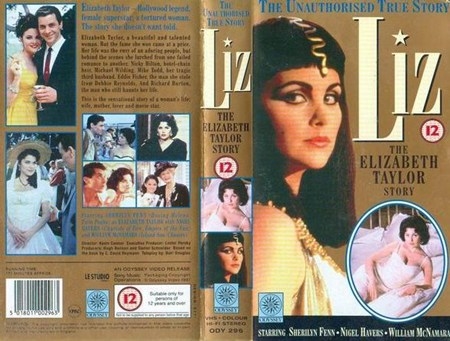 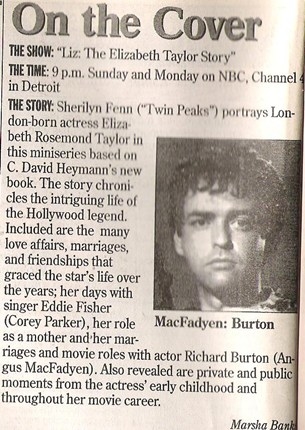 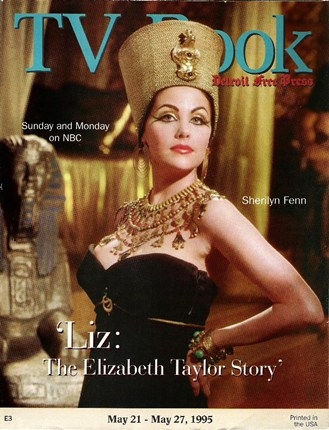 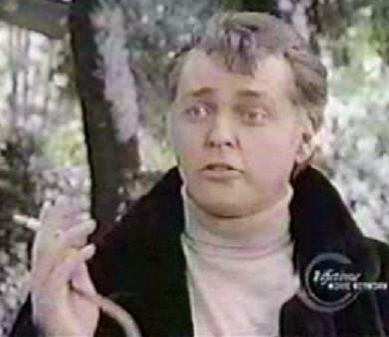 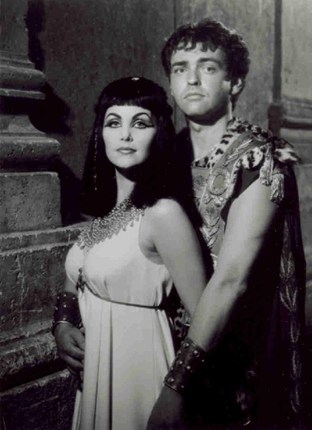 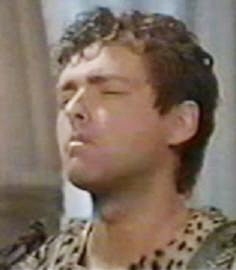 (Articles in this section were kindly donated by ‘Fritters’. Misspelled names corrected throughout by Deejay.)

Angus Macfadyen seems laid-back, on the surface. Although he is playing Orson Welles in Tim Robbins’ ‘The Cradle Will Rock’ and will be seen with Jessica Lange and Anthony Hopkins in ‘Titus’ later this month, his acting ambition is not all-consuming. “I’m not a workaholic,” Macfadyen claims. “I don’t like to work consistently, go from job to job. I like to have a lot of down time, and in that time I do a lot of writing.”

Sometimes he combines the two: The actor says that when a script is bad, he will rewrite all of his scenes. If this sounds troublesome, Macfadyen avers that his help was welcome on 1997’s ‘Warriors of Virtue’. “I had agreed to do this role so long as I was allowed to rewrite it. It was written as a bad James Bond thriller and I rewrote it as a Taoist villain, a character who spouted philosophy. …And it was welcomed, in a way, because it was an improvement on the material.”

Presumably, Macfadyen had less script doctoring to do on his two most recent projects. Though the films were radically different from each other; one a ’30s drama set in New York, the other a Shakespeare adaptation filmed in Rome with ‘Lion King’ musical stage director Julie Taymor; both featured directors who had written their own scripts.

“[For Taymor and Robbins] it was a very personal vision,” says the 36-year-old Scotsman. “Both of them had insisted on a three-week rehearsal period, which was incredibly necessary, considering the films were so technically complicated. So once we got going it was a question of relying on those three weeks in which we’d done a lot of character work, because there wasn’t much time for anything else with all the technical difficulties.”

Macfadyen concedes that the ‘Titus’ shoot was particularly tough, with an intense “heart of darkness of man” theme complicated by the project’s $20 million budget and technical ambitions. Though the Rome shoot stretched from three months into five, the actor says that just meant more time “soaking up the sights and sounds of Rome.”

He also credits Anthony Hopkins for off-camera entertainment. “There are actors, and Hopkins is one of them, who love to joke around. [He’ll] do his impressions of Katharine Hepburn and Burt Lancaster and Peter O’Toole, and you name it. He’ll do them all. Just to try and alleviate a bit of the pressure.”

Playing Orson Welles in ‘Cradle’ was a different kind of challenge. Macfadyen has built a good deal of his career on playing real-life figures: He was Richard Burton in the NBC movie ‘Destiny: The Elizabeth Taylor Story’, Robert the Bruce in ‘Braveheart’, and Peter Lawford in HBO’s ‘The Rat Pack’. But the actor says all of the research can help as well as hurt.

“You can sort of start drowning in it to some extent,” he notes. “…There’s got to be something, you know, like a key, or some little hidden piece of knowledge which you know, which is sort of the secret, out of which everything else sort of emanates.”

That key came a few days before filming, when Macfadyen unearthed a piece of ’40s rehearsal tape revealing Welles’ more playful side. “I was worried about [the role] for awhile, until I found that piece of tape. …At that point I had let go of anything I; I threw it all out the window and had fun. That’s what I heard: a scenery-chewing, intense, huge, generous spirit of Dionysian quantities.”

Macfadyen, who is single and plans to spend his New Year’s Eve on Scotland’s Isle of Skye in “the middle of nowhere,” is slightly more retiring but no less intense. He abandoned ambitions of being a diplomat when he realized “I wasn’t going to be able to go out and have to lie in the real world for a country when I’m sure it would have created some sort of moral dilemmas. So I chose something like acting; in a sense, telling the truth through a lie, through an illusion. The ultimate paradox of life.”

Macfadyen’s next projects are a play called ‘Back When/Back Then’ by Raymond Barry and the role of Zeus in ‘Jason and the Argonauts’, but he hasn’t given up the pen. “I do have my own voice, as it were, and vision of the world,” he says. “I have things I’d like to say about it. So it’ll lead there somewhere down the line, in the next few years.”